Authentic smoked paprika is made from peppers which have been roasted slowly over an oak fire for several weeks, giving the spice its rich smoky aroma and flavour.

The dried peppers are then ground repeatedly with stones, which turns them into a fine powder. This flavourful and rich smoky spice is an important ingredient in many a Spanish recipe. 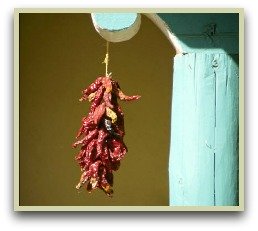 You'll find it used in the making of chorizo sausage, tapas, Spanish paella and in any number of seafood dishes.

This spice, smoked and normal, is also used a lot in any number of blends, masalas and rubs. I often use it in my Mexican blends.

It comes in varying intensities, from mild to hot, but each variety has a rich, lovely smoky flavour and aroma.

It’s important to note that the hottest kind of Spanish paprika (picante) is never overly fiery, and can be tolerated even by the more sensitive palates.

Note: Picante is the Spanish word for "spicy".

Originally native to Central and South America, paprika pepper was introduced to Spain after the discovery of the New World.

It’s even said that it was Christopher Columbus and his crew that brought the first pepper plants to Europe, where today, the Spanish call it pimentón. Read more.

The traditions of smoking these peppers in the region of La Vera have been handed down from generation to generation.

It was first prepared this way in the 16th century by monks at the Yuste Monastery, in western Spain. 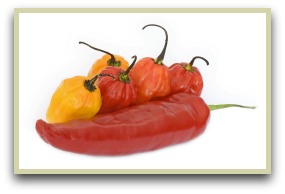 In fact, the famous Pimentón de la Vera (smoked paprika from this particular region in Spain) is the first pepper to be granted official controlled name status, or Denominacíon de Origen.

This means that the letters D. O. on the label ensure you have the authentic spice from the La Vera region, and made to the traditional specifications.

You should note that the flavour of smoked or hot Hungarian powder can fade quickly. So ensure you buy the freshest powder possible, and store in an air-tight container away from direct sunlight.