The Long and Bloody History of Cinnamon Wars, Myths & Legends!

The history of cinnamon is long and dramatic! This rich spice may seem like just a sweet way to flavour puddings, or a lovely fragrance for fresh rolls, but its complex flavour is a reflection of its storied and world-changing status.

Originally native to the lush island of Sri Lanka, formerly Ceylon, the dried bark of the laurel tree was used here for centuries before it began to make its way around the world on the many spice routes.

The Long and Fascinating Cinnamon History 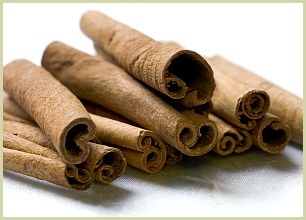 The first written reference to cinnamon spice comes before 3000 BC when its name appears in Chinese writings as a treatment for digestive problems and influenza.

This in all likelihood was a reference to the cassia variety.

And it is described in the Jewish Talmud as being offered on the altar of the first and the second Temples of Jerusalem.

It's mentioned in the Bible, in Proverbs and the Song of Solomon...

..."Spikenard and saffron; calamus and cinnamon, with all trees of frankincense; myrrh and aloes, with all the chief spices"

Moses also used it in his anointing oils.

The History of Cinnamon

It shows up in the writings of ancient Greece and Rome and the ancient Egyptians valued it for its preserving qualities, and used it when embalming mummies.

A fascinating aspect of the history of cinnamon is that, for centuries, the source of this valued spice was actually unknown!

The routes from Ceylon were long and tough and many myths and legends sprang up about where it came from.

This mysterious and singular source for the supply meant it was rare and expensive and was reserved for kings or as gifts for gods.

When the use of Ceylon cinnamon made its way to Europe, it sparked a desire to find new sources for the bark of the laurel tree. Read more on this type.

This quest was one of the factors that triggered the push to explore the world for new resources.

The History of Cinnamon Continued!

At the turn of the 16th century, the Portuguese landed on the island of Ceylon, and brutally laid claim to the world’s only supplier. 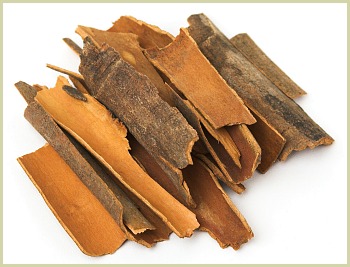 Control of it became a political goal, and a trigger for world changing events.

Ceylon (Sri Lanka) also became a much fought-over prize. For nearly a century, the Portuguese kept control until the Dutch fought and won this key island. After that came the French, and then the English.

In the late 18th century, the history of cinnamon took a turn, as saplings were taken off the island, and cultivated in other parts of the planet with similar growing conditions.

Plantations sprang up in Indonesia, on islands in the Pacific and in South America and soon everyone got to appreciate the culinary delights and health benefits, not just the elite. More on the benefits.