California Sage - Used For Centuries by Native Americans in Their Rituals

The plant known as salvia apiana has many names. You can call it California sage, white sage, sacred sage or bee sage...

...And each of these names describes an important aspect of this decorative and perennial shrub. 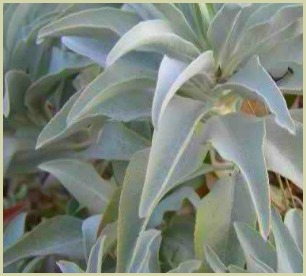 Salvia apiana is native to the south-western United States, growing wild in the desert and along the coasts of California and Mexico.

Its leaves have a white tinge and its flowers are white or light lavender, and it acts as a magnet for honeybees in your garden.

As well, the burning of its fragrant leaves was a key part of many Native American purification rituals.

Native American tribes all along the Pacific Coast and the U.S. Desert Southwest used California white sage in a variety of ways for thousands of years...

The History of California Sage

It's easy to see why this herb became sacred for these purification rituals...

The pleasant aroma of burning white sage as incense promotes a general sense of well-being and helps encourage clear and strong breathing.

But its principle use was as incense, burned during the important smudging ceremonies which purified the spirits.

And even today it's still used in ceremonies by the Chumash and other California tribes.

Note: It also has many general health uses. Click here to read more about these.

Image Links to Other Sages and Another Herb You May Enjoy