Mexican oregano (Lippia graveolens) is not a variety of oregano at all. It's actually a completely different species of plant found growing in South America, Mexico obviously, and further north into the US and Texas and New Mexico in particular.

One thing to note, if your recipe calls for oregano, it probably means the Italian or Greek varieties. If you only have this variety available, it's ok to use it... 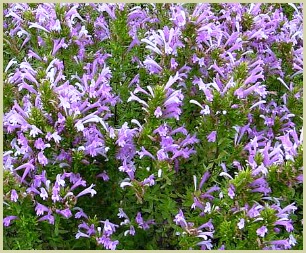 ...But you may end up with a completely different tasting dish to what you had planned!

As a relative of lemon verbena, it has a citrus, some say lime, flavour, but is also less savoury than the Mediterranean types.

Therefore you won't be surprised to know that Mexican oregano is perfectly suited to Mexican cuisine, blending perfectly with chili, bean and cumin based dishes.

Reaching 7 feet (2m), you'll find the plant growing wild in the dry, harsh mountainous Northern Mexico and Southern Texas as well as most of Central America.

With both fresh and dried widely available in the markets and roadside stalls of the region.

But if you don't have a  market close by or live in the growing areas, then you'll probably have to make do with dried oregano.

Jars of the dried herb are widely available online and in large supermarkets and speciality shops.

When buying, get the dried leaf and not the ground form. I find the flavour of the leaves more potent and they last longer than the ground stuff.

Note: Click the link at the end of the page to read about other varieties of oregano.

Some More Decorative Herb Pages You May Enjoy